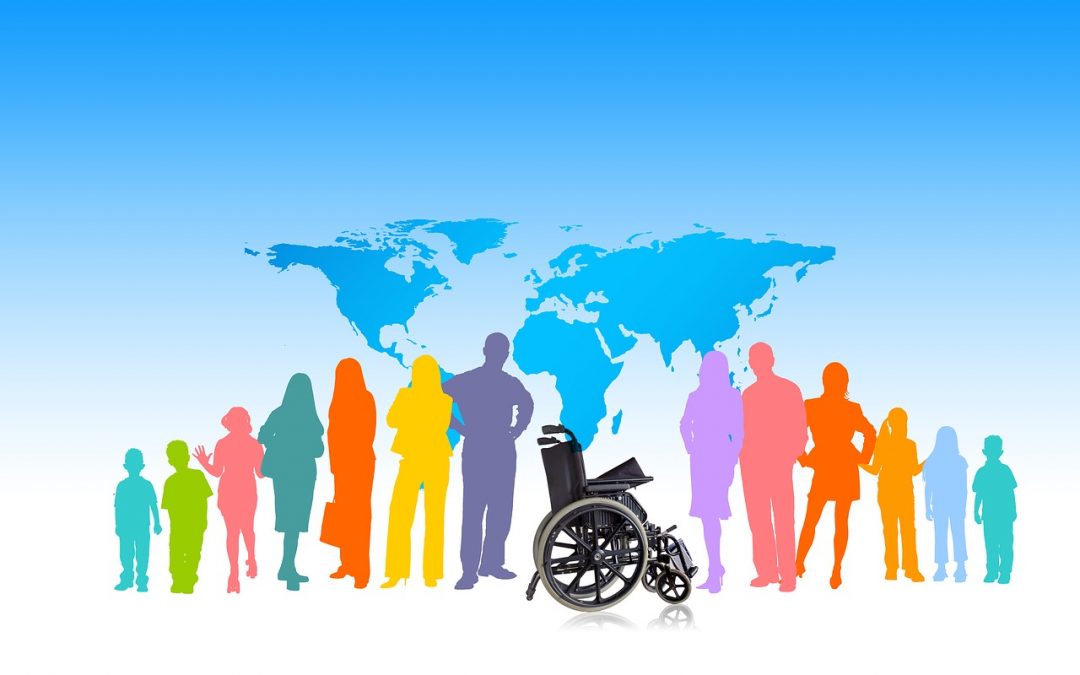 * Website compliance updates now available for only $500 for the rest of 2022.

Whenever you hear the term “ADA compliance,” you may automatically think of factors such as handicap parking spaces, handicap bathrooms, wheelchair ramps, and so much more. Ask yourself this, though – have you ever considered how those with disabilities go about using the internet?

Take a moment to imagine attempting to browse through a website either with your hands behind your back or with your eyes closed. It’s virtually impossible unless the website itself is properly programmed to work with specific technologies that are used by those who currently deal with disabilities.

Accessible websites provide those with disabilities total access to the internet in order to apply for jobs, purchase products, pay bills, and so much more.

In terms of accessibility, this is required under two separate laws: Title III of the Americans with Disabilities Act and Sections 504 & 508 of the Rehabilitation Act of 1973. Title III is the same exact law that currently requires handicap parking spots, bathrooms, and other similar types of access for those who suffer from various disabilities.

President George H.W. Bush implemented the ADA back in 1990 in order to do away with barriers for those with disabilities. The ADA is a federal civil rights law that is designed to protect qualified individuals with disabilities from discrimination, as well as offering both equal opportunity and access in public accommodations, transportation, local and state government services, employment, and telecommunications.

There are two separate sections involving the Rehabilitation Act of 1973 that apply to websites. Section 504 involves both schools and organizations that receive federal funding or supply services to individuals who fall under Section 504, while Section 508 applies to all government websites.

Both of these laws utilize WCAG Standards in terms of website accessibility, which are broken down into the following four principles:

*Operable (interface components and navigation must be operable)

*Robust (content must always be robust enough so that it can be reliably interpreted by many user agents, such as assistive technologies)

There are also three different levels of accessibility:

When it comes to how this affects website users, every business is required to fall under one of the two aforementioned laws. All content must be made available to individuals who have handicaps, including those who are visually impaired. Additionally, those who are hearing impaired must be able to utilize closed captioning on both video and audio provided on a website. Those who have physical handicaps that make it impossible to use a keyboard must be able to use a device such as a head pointer on the website as well.

In the event that a website is not accessible, there is the chance that a business may receive a “demand letter” totaling $50,000 or more, while some may receive a notice of litigation before then working to come up with an acceptable solution to the issue.

When it comes to businesses, every single one should be totally familiar with Title III of the ADA, or the Americans with Disabilities Act. Generally defined, this act requires businesses to provide accommodations to individuals who deal with various types of disabilities. In other words, if your business has a physical storefront and an online website, this means that your website also requires a legal obligation to be completely accessible to individuals with disabilities.

Inaccessible websites are those who don’t offer services such as audio-to-text or text-to-audio, and they are also not compatible with programs and devices that are able to render them. In the event that a screen reader isn’t able to work on your website, chances are that this means that legally, you could be in violation of the ADA.

Here are three of the most common legal consequences regarding inaccessible websites.

*First, there’s legal fees. If a company were to choose to defend itself in a court of law, it’s no secret that attorney fees will already be rather expensive. Additionally, in the event that a company were to lose their case, they will also likely end up having to pay for the attorney fees and other additional charges on behalf of the plaintiff as well. For instance, in one such class action lawsuit from 2008 that was filed against popular retail giant Target, the case was eventually settled and a total of more than $6 million in damages was paid, along with close to $4 million in attorney fees. This means that ADA accessibility non-compliance ended up likely costing the company well over $15 million.

*Next is civil fines. In the event that your website is one that is inaccessible, this means that your business may end up having to pay a fine to the government. If any business is found to be breaking rules in regards to ADA accessibility, they can expect to pay anywhere between upwards up $55,000 and $75,000. If there are any repeated instances discovered, this can result in higher fines totaling approximately $150,000, which are on top of any and all payments that are made to plaintiffs and attorney fees.

*Finally, there’s staff training. Take a moment to consider the possibility that you may have accidentally overlooked accessibility regarding your website, even though your physical storefront may actually be in total compliance with the ADA. Despite this, you may end up being required by the court to implement an ADA training program for the members of your staff. One example of this involves Seattle Public Schools, who were sued following an update in 2012 that made their website incompatible with screen readers. A settlement was reached and the school spent approximately $750,000 to upgrade the website and pay their attorneys, as well as for ADA staff training and an accessibility coordinator.

Eye See You Now, Inc. can make your website ADA compliant so that you are protected. If you’d like to see it in action just click on the little blue circle here on our own website.