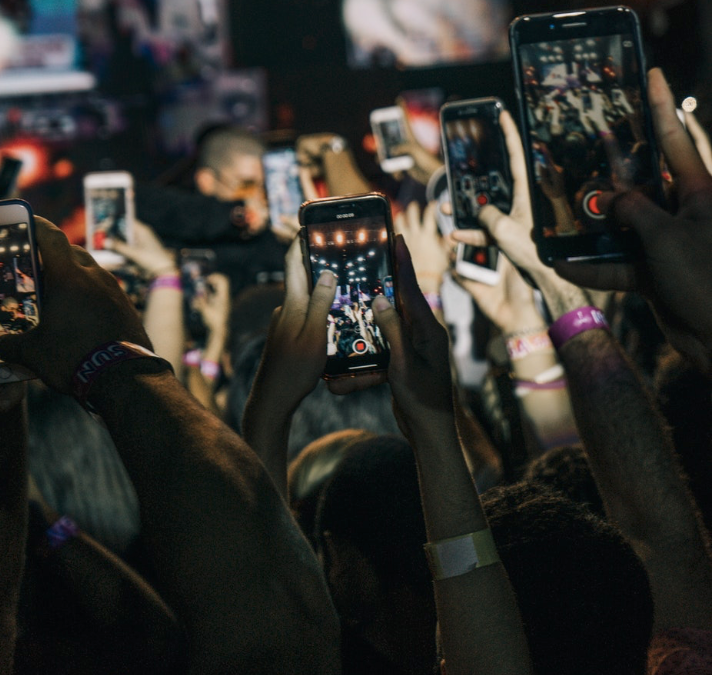 In the early days of the internet, nobody could have predicted the speed and connectivity that causes content to go viral nowadays. Millions of people can react to the same video, graphic, or text post and go on to share it with millions more in mere hours.

History of One of The First Viral Videos

One of the first-ever viral videos features a man in a cubicle grabbing his computer and slamming it to pieces. This came out before video hosting services like YouTube and vimeo and before videos could be easily imbedded and integrated into any website. It was years before Facebook and Instagram would come into existence. Its “found footage” surveillance camera aesthetic and 26-seconds run time game birth to a whole genre of viral content and memes today.

Vinny Licciardi, the man smashing the computer, actually worked for a company called Loronix that was “developing DVR technology for security-camera systems.” The employees of Loronix created sample footage at the office with an old computer that could be safely smashed to show to potential clients.

At the time, the 5-MB file video would crash email servers. Hosting a video on a site was expensive, and downloading video content especially was extremely time-consuming. Eventually, the video went on to have its own fan site, making the link more easily shareable and receiving thousands of daily visitors. It even went on to mainstream news channels and still pops up on social media every once in a while. Now twenty years old, that is an incredible shelf life for a viral video.

Something about Vinny Licciardi smashing a computer in his work uniform and tiny cubicle hit a nerve with the public, many of whom sit in similar cubicles all day. Even the name of the file – “badday.mpg” – leans into modern frustrations with technology and the workplace and struck a cord with the digital public.

And that’s exactly how content goes viral. It hits an emotion in such a way that almost every person who sees it wants others to share the experience and feel that same emotion. Now, gifs are built into our everyday social media use to express reactions and feelings instead of written word.

The modern internet user scrolls through thousands of images daily, and can take hundreds or even thousands of pictures a single day. In fact, “every two minutes, humans take more photos than ever existed in total 150 years ago.” In this landscape of image saturation, it takes something truly shocking or remarkable (positive or negative) to move people to action.

If you are aiming to make a viral video, you can’t be on-the-fence with your content. Viral videos make people *feel* something, and feel it strongly. Generic videos or run-of-the-mill written content aren’t going to go viral. Novelty goes a long way as well – if your content looks like a lot of content that is already out there, it’s just another image that your audience has seen before.

Is a Viral Marketing Right for You?

With that in mind – is this kind of content right for your business? While you will potentially solidify one audience, you may totally alienate another. For many companies, this approach risks alienating segments of their audience. If you sell a product that is useful for all people with diverse beliefs and backgrounds – ceiling fans, for example – this may not be the best approach. Then again, companies like Big Ass Fans do just that with a hefty helping of humor.

Very large companies (e.g. Nike’s ad narrated by Colin Koepernick) can afford to take a strong stand because of their reputation, resources (like marketing teams and connections) and loyal base audience. A small company or a start-up may not be able to do that with such success.

The Logistics of Viral Video

Even with the funniest video on the planet, you may not have as much reach in 2019 if you’re trying to share it exclusively through email. Viral videos become such because they are easily shareable and downloadable. Nowadays, that largely means Facebook and YouTube, though there are many platforms depending on who your target audience.

For example, if you have a photogenic product targeted at younger audiences, Instagram and Pinterest cater more to your needs. If you have an older, less technologically-savvy audience, Facebook (and even email marketing) may suit you better.

Another consideration is audio. Most people see the first several seconds of a video without sound, or watch without sound entirely. If your content has an audio component, does it make sense without sound at all? Do you need to have subtitles? Can you make a story understandable without any dialogue so its shareable to users who understand any language?

Television writer Noah Garfinkel cleverly pointed out a Kay Jewelers ad that does not work without sound:

This Kay Jewelers commercial absolutely does not work if your TV is on mute. pic.twitter.com/qKSjvn1JoS

Video content doesn’t need to be the best quality to go viral – a DIY aesthetic can work in your favor, for example for this homemade pet adoption ad.

For video content, it’s important to recognize that most people will only catch the first few seconds – if that – of your video before continuing on, so make sure those seconds count.

The Logistics of Viral Text

One thing you will have to content with is that most people will not actually read the article – and definitely not in full. This doesn’t mean you have a free pass to avoid fact-checking. Even (and especially) if content becomes very popular, you want to maintain your reputation for accuracy.

Timing is everything. For text-based content to go viral, it must be relevant and shareable. It also must be fairly easy to read so that you don’t alienate large sections of the population with lower reading skills. Text-based content must trigger an emotion and be factual, related to your business or service, and shareable.

You’ve made your video or article, now what? You need to get eyes on it. Post it to your personal or business social media pages, and don’t be afraid to ask for shares. People love sharing good content (especially when it’s someone they know), and if it goes viral they can say that they saw it before everyone else.

On the other hand, bloggers and businesses like being mentioned. If you include a public figure, they are likely to share it to their own followers. Ideally, for this route the influencer should be big enough to have a following but not so big that they don’t respond. This works in mutually beneficial way, giving both of you a broader reach.

Another technique that many viral videos employ is subverting the expectations of your audience. Taking a well-known trope and shocking your audience’s expectations is a tried-and-true example. This works especially with hot-button social topics.

The following viral videos all subvert the expectations of the viewer to create an impactful message.

“Love Has No Labels”

“You Can Make It”

Take a look at your competitors and what they’re doing. does all the content look similar? You can take advantage of this and create content that turns those on their head.

Remember that viral videos are meant to evoke action – reactions and shares. The goal can’t be to make everyone happy, because benign happiness isn’t shareable. Make sure you stick to your company’s message at the core so you solidify, not alienate, your core audience. They find the sweet spot of the right content and right time.